The National Association of Realtors (NAR) recently released its study entitled "Snapshot of Race and Home Buying in America."  The entire 40-page report with charts and graphics is available by clicking HERE.  Below are some excerpts from the report. 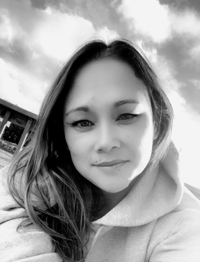 2021 was the best year for the real estate market in the last 15 years. Home purchases surged over the past year in an abnormal way. Even though home prices hit record highs eroding affordability, the housing market outperformed. The main driver of this booming housing market was record-low mortgage rates, as the interest rate on a mortgage has a direct impact on the size of a mortgage payment. Higher rates increase mortgage payments while higher rates typically reduce the amount of money that people can borrow. Thus, millions of people rushed to benefit from these low rates pushing up activity in the real estate market. Furthermore, pent-up demand and lifestyle shifts during the pandemic were also drivers of the housing market. While the booming housing market contributed significantly to the recovery of the U.S. economy, research has consistently shown that homeownership is also associated with multiple economic and social benefits to individual homeowners.

Although mortgage rates dropped below 3% in 2020, not everyone had the same opportunities to get a home loan and benefit from these low rates. Data shows that Black and Hispanic homebuyers face extra challenges in getting a mortgage. Denial rates vary significantly by race/ethnic group with Black Americans having the highest denial rates for purchase and refinance loans. According to NAR’s Profile of Home Buyers and Sellers report, 7% of Black and Hispanic home buyers were denied mortgages, compared with about 4% of White and 3% of Asian applicants. While the main reason the mortgage lender rejected their application is the debt-to-income ratio, Black and Hispanic homebuyers reported that they also had a low credit score.

Get In Touch With Us

Stars & Stripes Homes, Inc. is committed to ensuring that its website is accessible to people with disabilities. All the pages on our website will meet W3C WAI's Web Content Accessibility Guidelines 2.0, Level A conformance. Any issues should be reported to Shari@StarsAndStripesHomes.com. Website Accessibility Policy